According to the latest AIS Insight Report, January filings totaled 26,203, down 6.24% from the previous month and 18.97% from January 2021 (Figure 1). This marks the lowest number of filings for the month of January in more than 20 years. 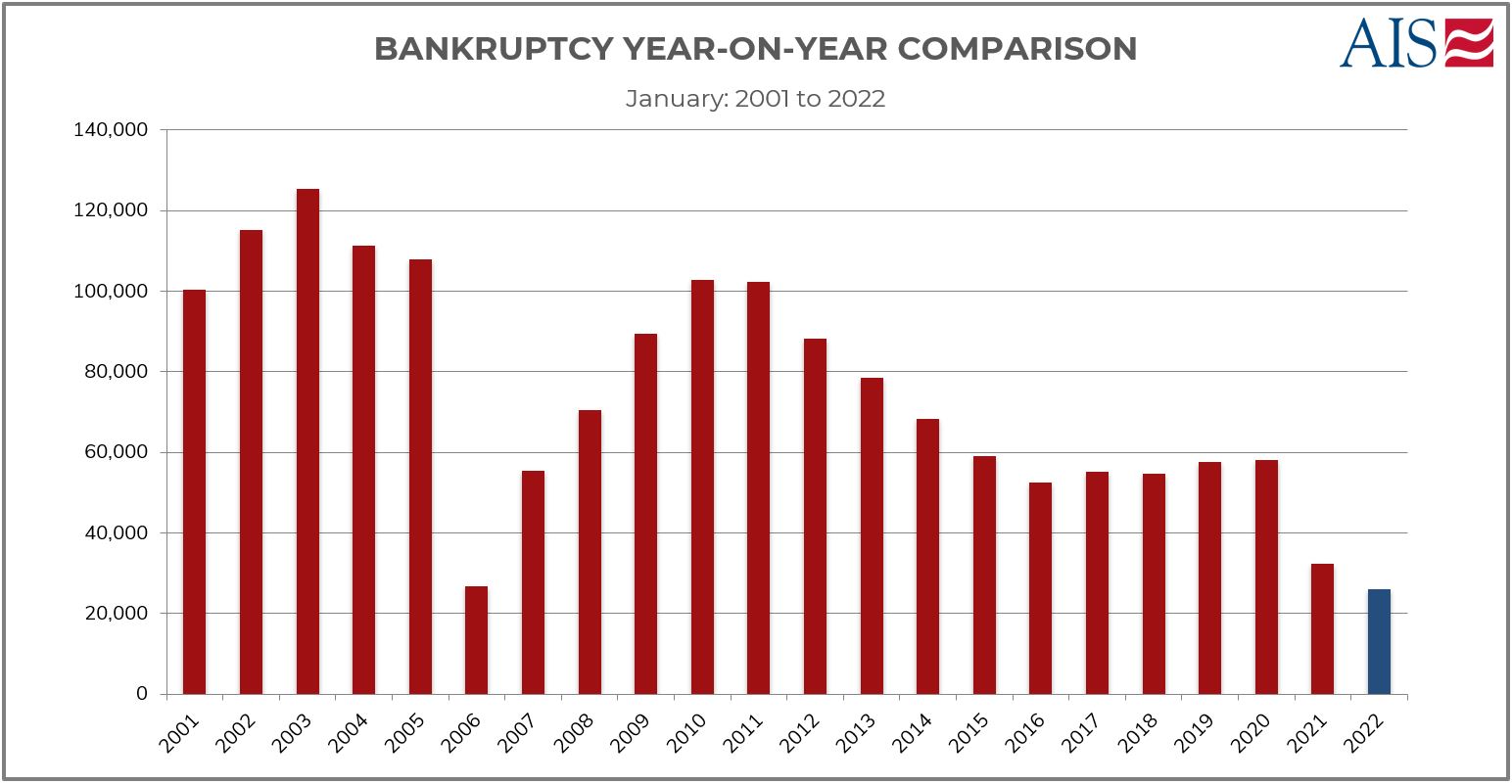 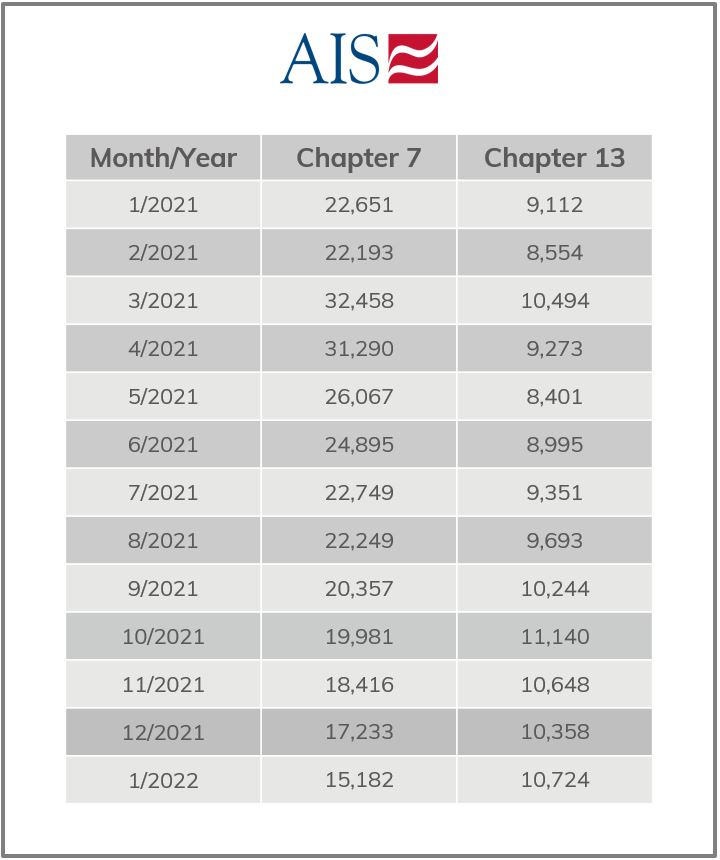 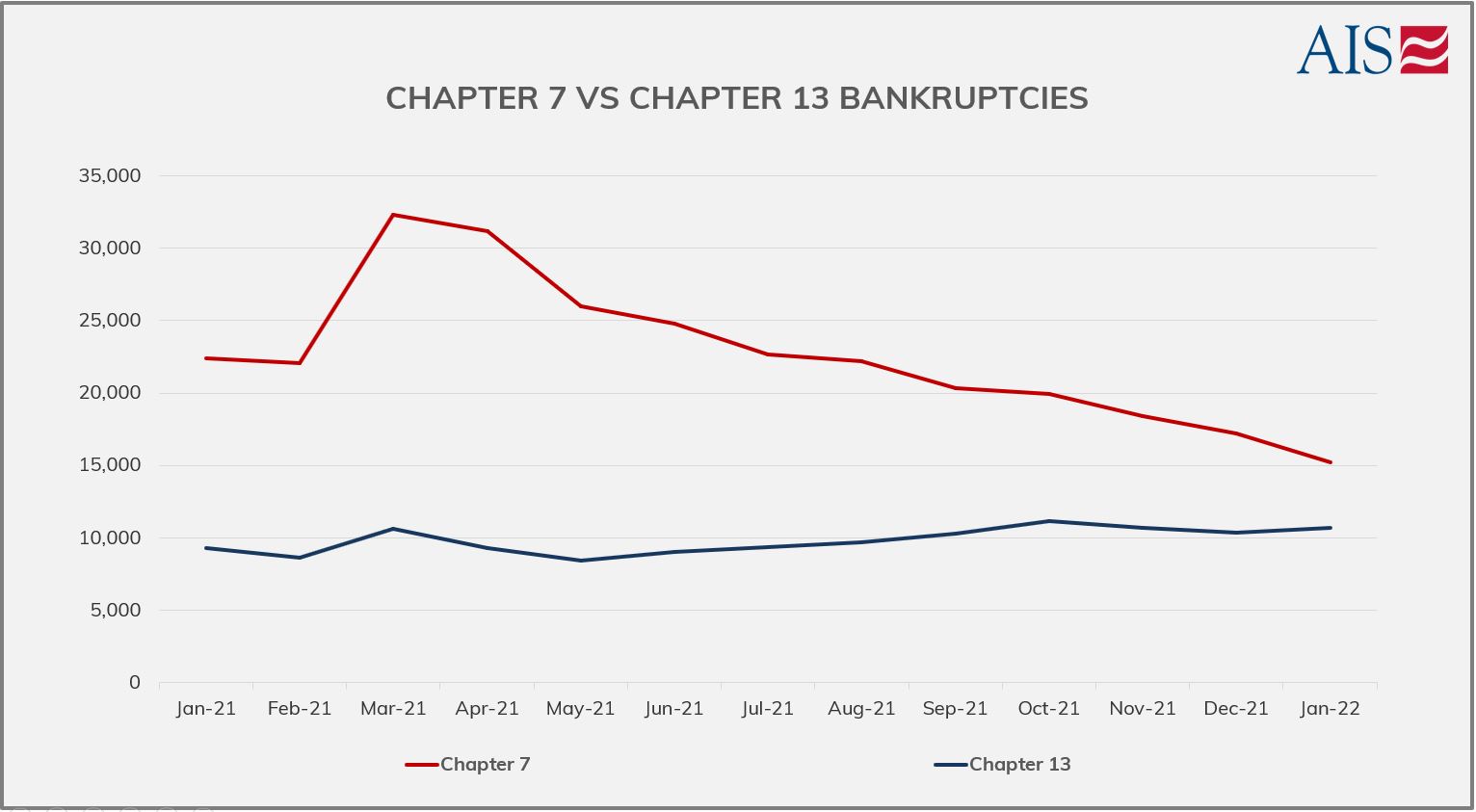 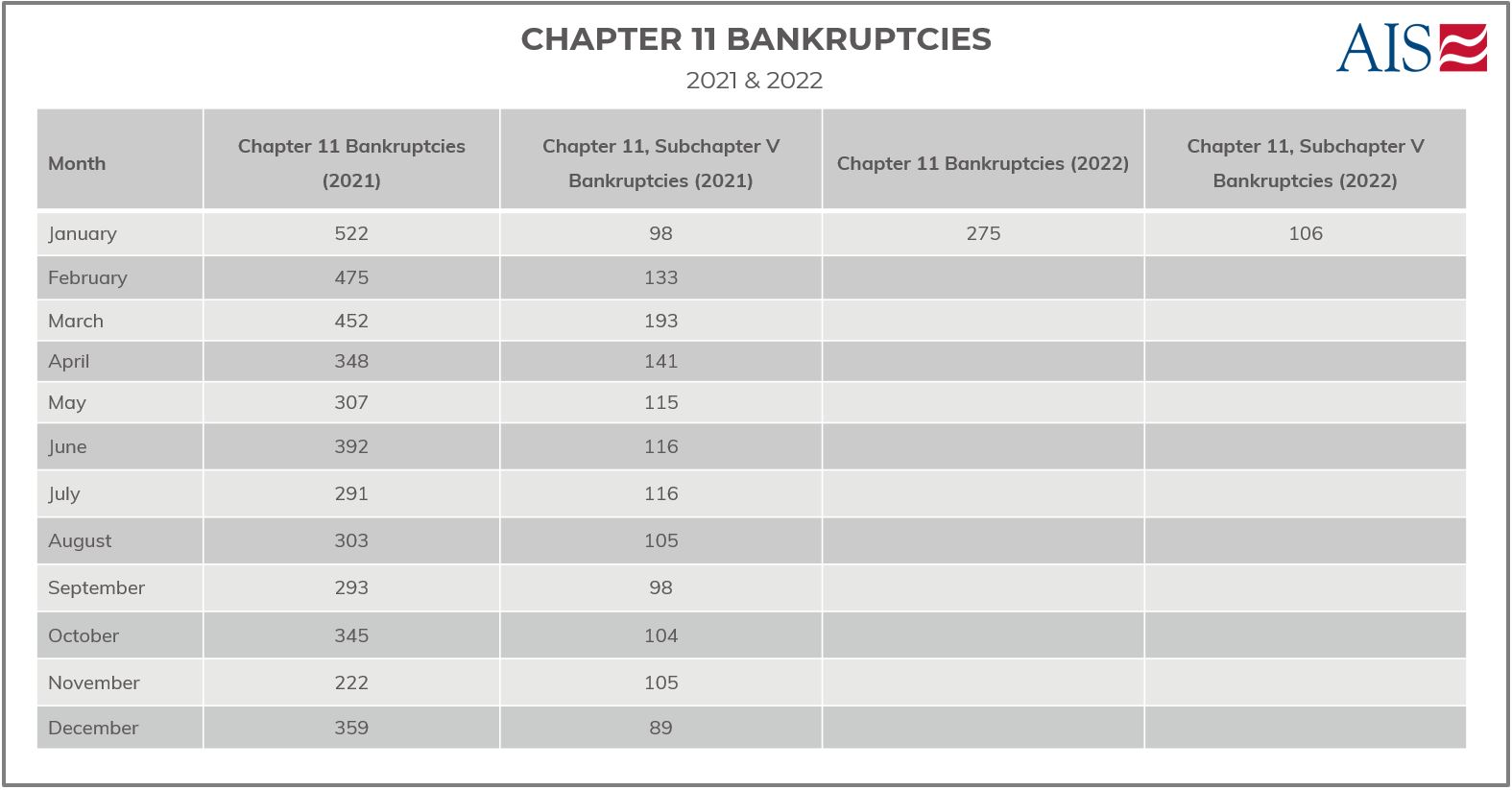 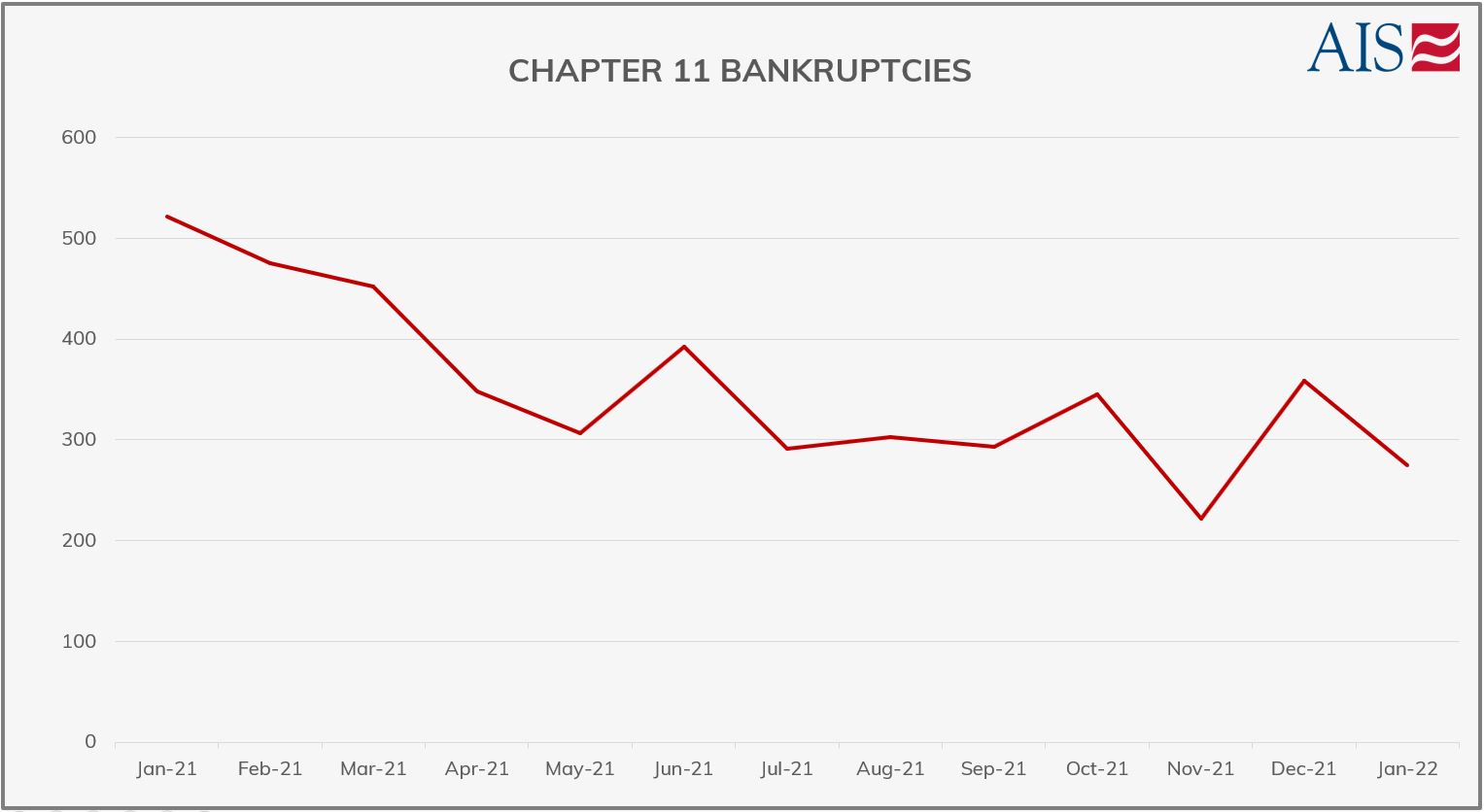 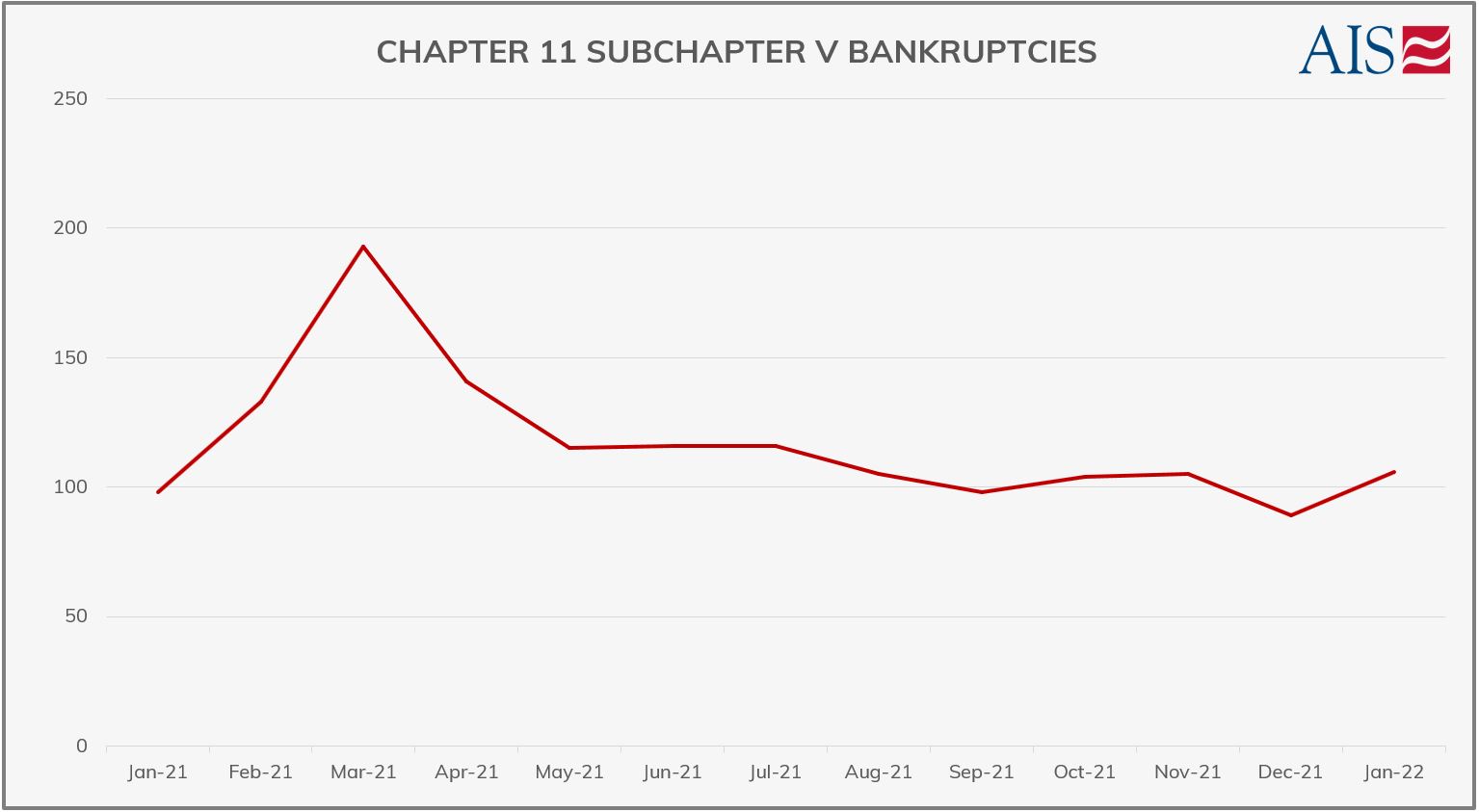 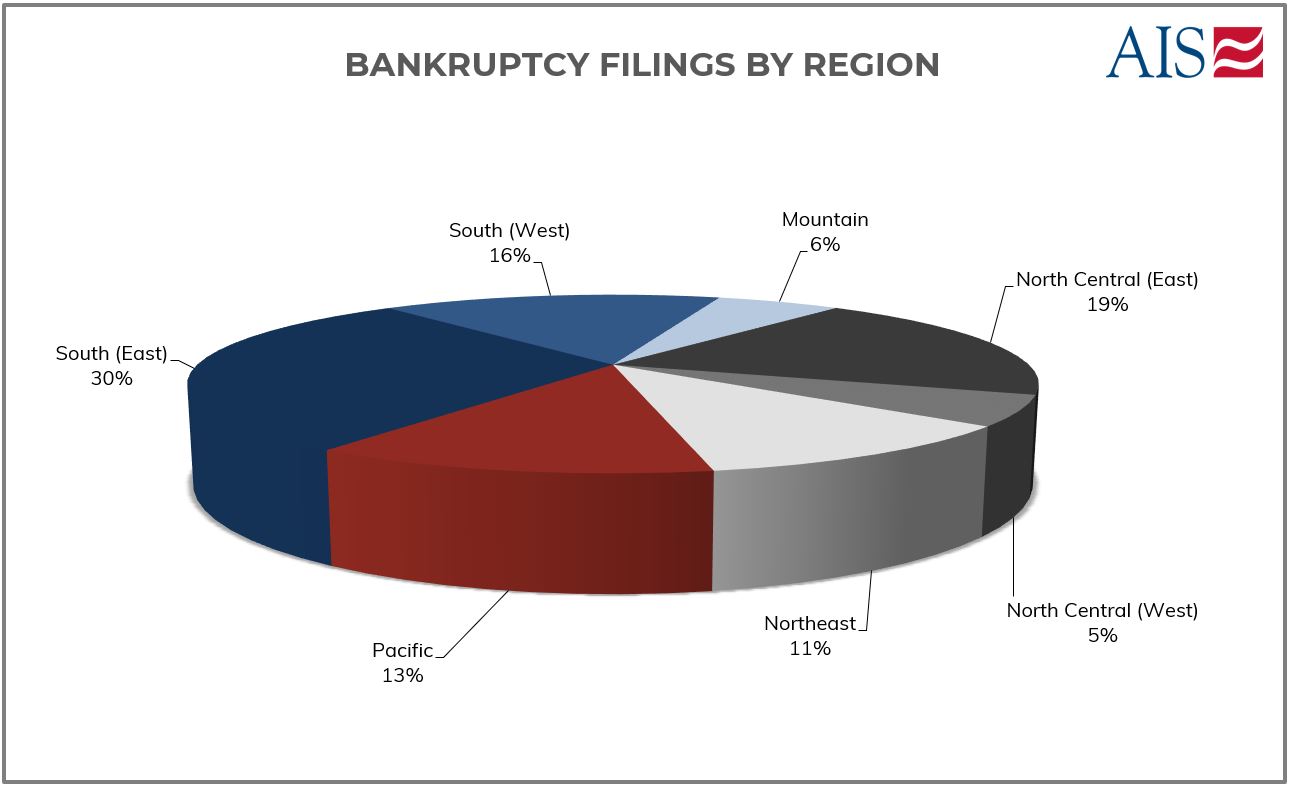 Since the commencement of COVID, the numerous stimulus packages coupled with federal and state moratoriums on foreclosure and repossessions, forbearances and deferments, government assistance has acted as the alternative means of coping with financial distress rather than the protections offered by various forms of Bankruptcy.

While congress contemplates changes to the Bankruptcy Code, including dischargeability of at least some government, backed student debt, and many stimulus benefits come to an end, the expectation among bankruptcy practitioners has long been that there will be a rise and a dramatic rise in filings, especially in the area of consumer bankruptcy.

Precisely when this rise will come or how dramatic it will be will remain the unanswered question. Congressional actions regarding student loans or other potential strengthening of consumer rights under the code may make filing more appealing and beneficial.

Whether the increase in bankruptcy filings and potential legislation is coming in the next quarter or the next year remains a strongly debated issue, but one without any clear conclusions.

The one fact on which all seem to agree is that the many government stimulus programs haven’t cured but merely delayed the need for bankruptcy relief.