This month’s AIS Insight report shows that bankruptcies in the month of June totaled 42,411 representing a 30.56% decrease from the 61,078 filed in June 2019. June marked the fourth consecutive month of declining bankruptcy volumes, compared to the same time period in 2019. The report also illustrates a steep rise in Chapter 7 bankruptcies, which now account for nearly 75% of all filings.

According to data in the latest AIS Insight Report, June bankruptcies totaled to 42,411 representing a 30.56% decrease from the 61,078 filed in June 2019 (Figure 1). Chapter 7 bankruptcies accounted for nearly 75% of all filings and Chapter 11 bankruptcies increased again, up 46% over the same month last year. Total bankruptcy filings were up 6.08% from the previous month (May 2020) (Figure 1).

As per our month-over-month comparison, there was a 6.08% increase; the number of filings in June 2020 reached 42,411 as compared to 39,981 the previous month (Figures 1).  This is the first time in three months where we have seen a rise in bankruptcy filings. The increase in bankruptcy filings could be attributed to state re-openings occurring across the country.What’s most interesting is that chapter 7 bankruptcies accounted for nearly 75% of all filings in June 2020. Per our proprietary data, Chapter 13 filings totaled to 9,478 in June 2020 as compared to 19,882 in March 2020 (Figure 2).

Cheryl Skigin, Partner at AIS Law, speculates that high unemployment numbers mean debtors may not have the financial ability to pay in a Chapter 13. A viable income stream is needed to set up a payment plan and feasibility is an essential element of plan confirmation or even getting past a Trustee’s early motion to dismiss. 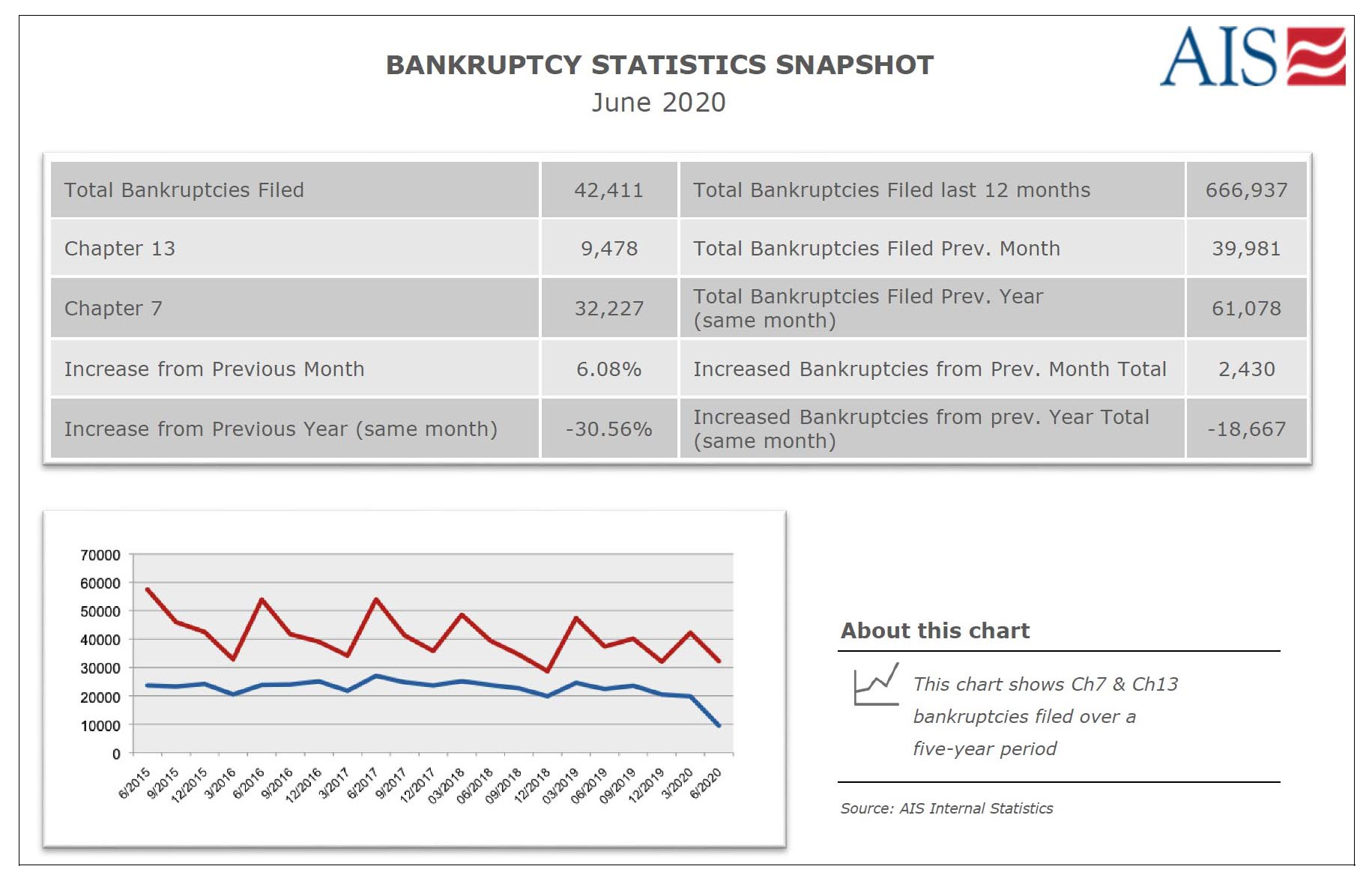 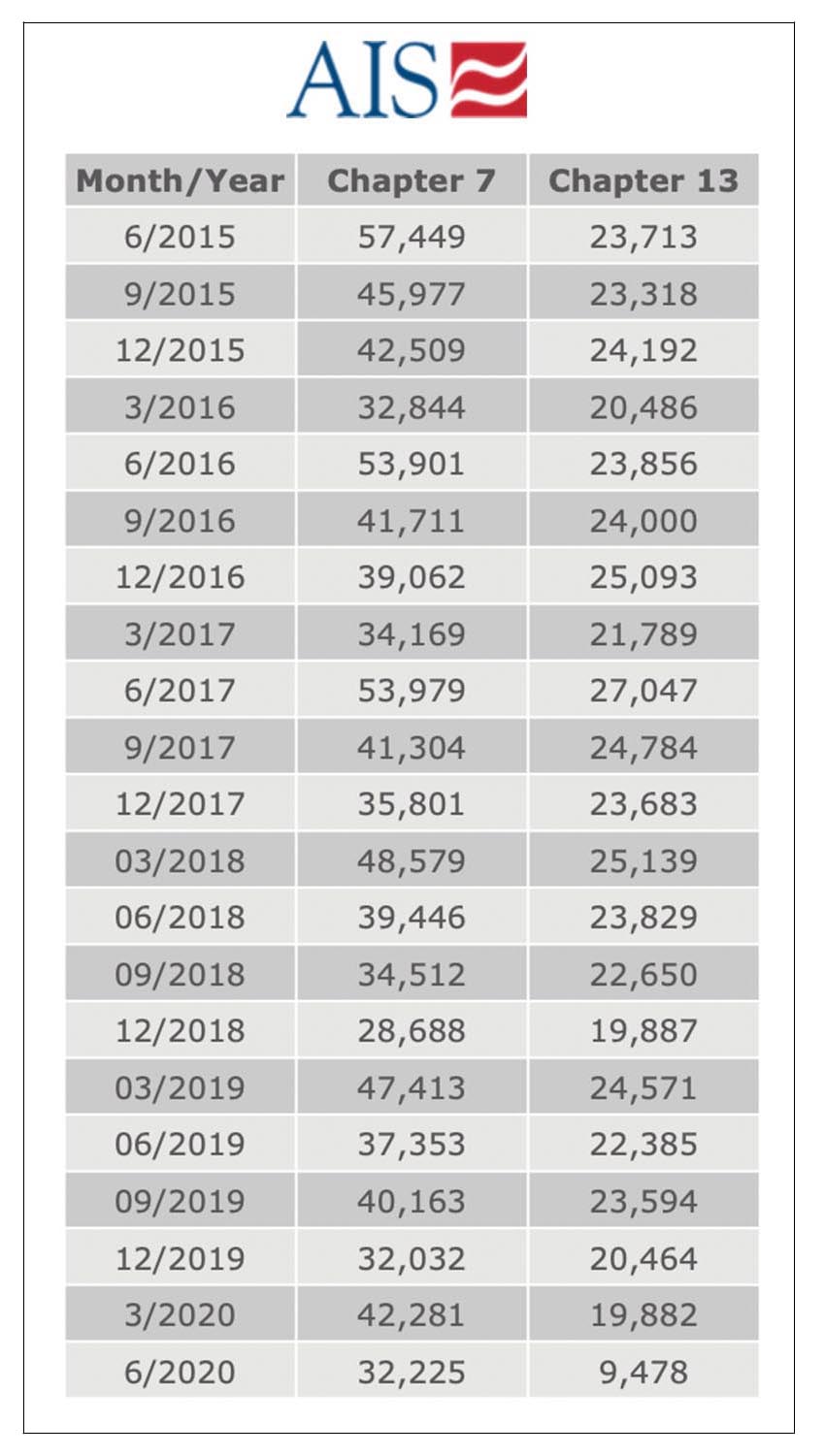 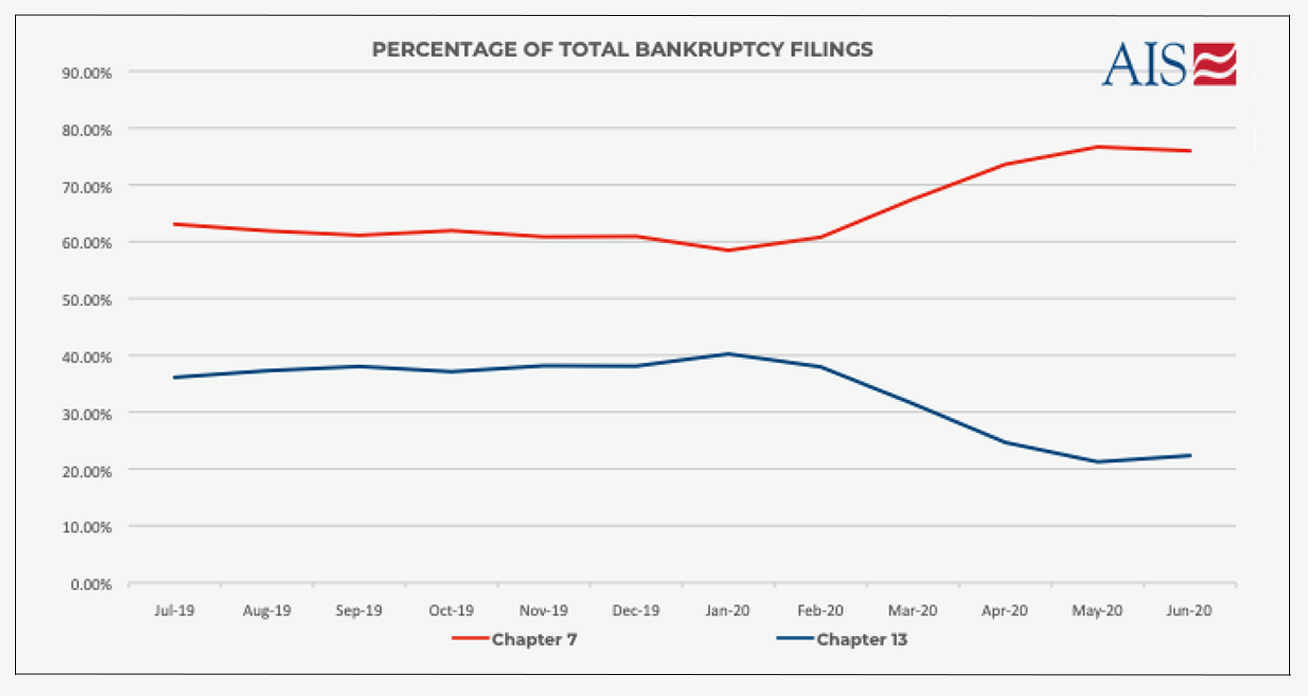 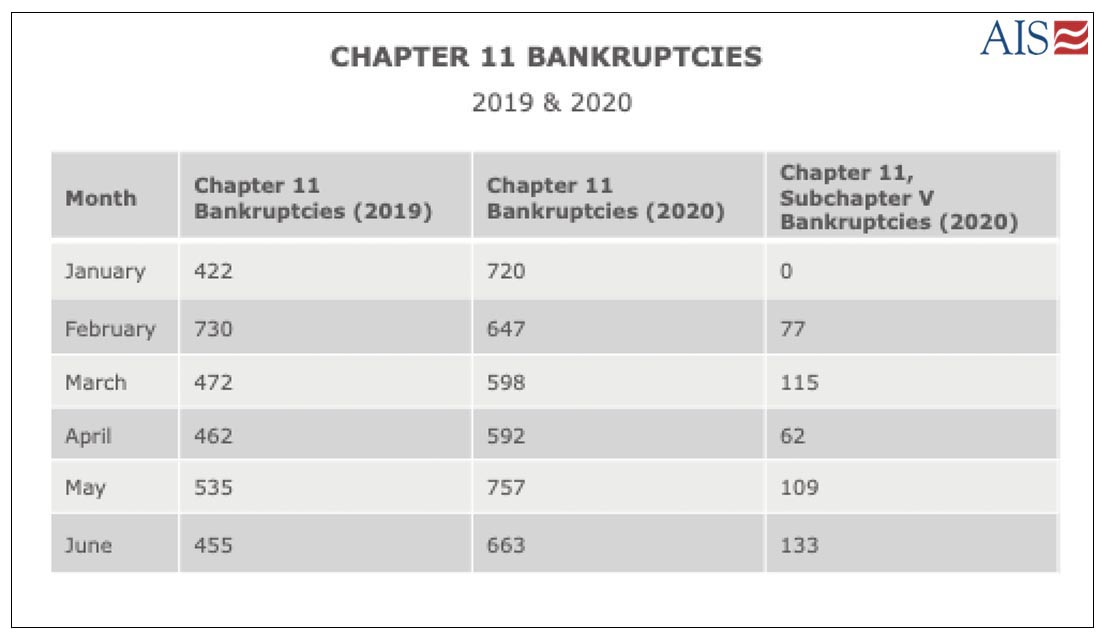 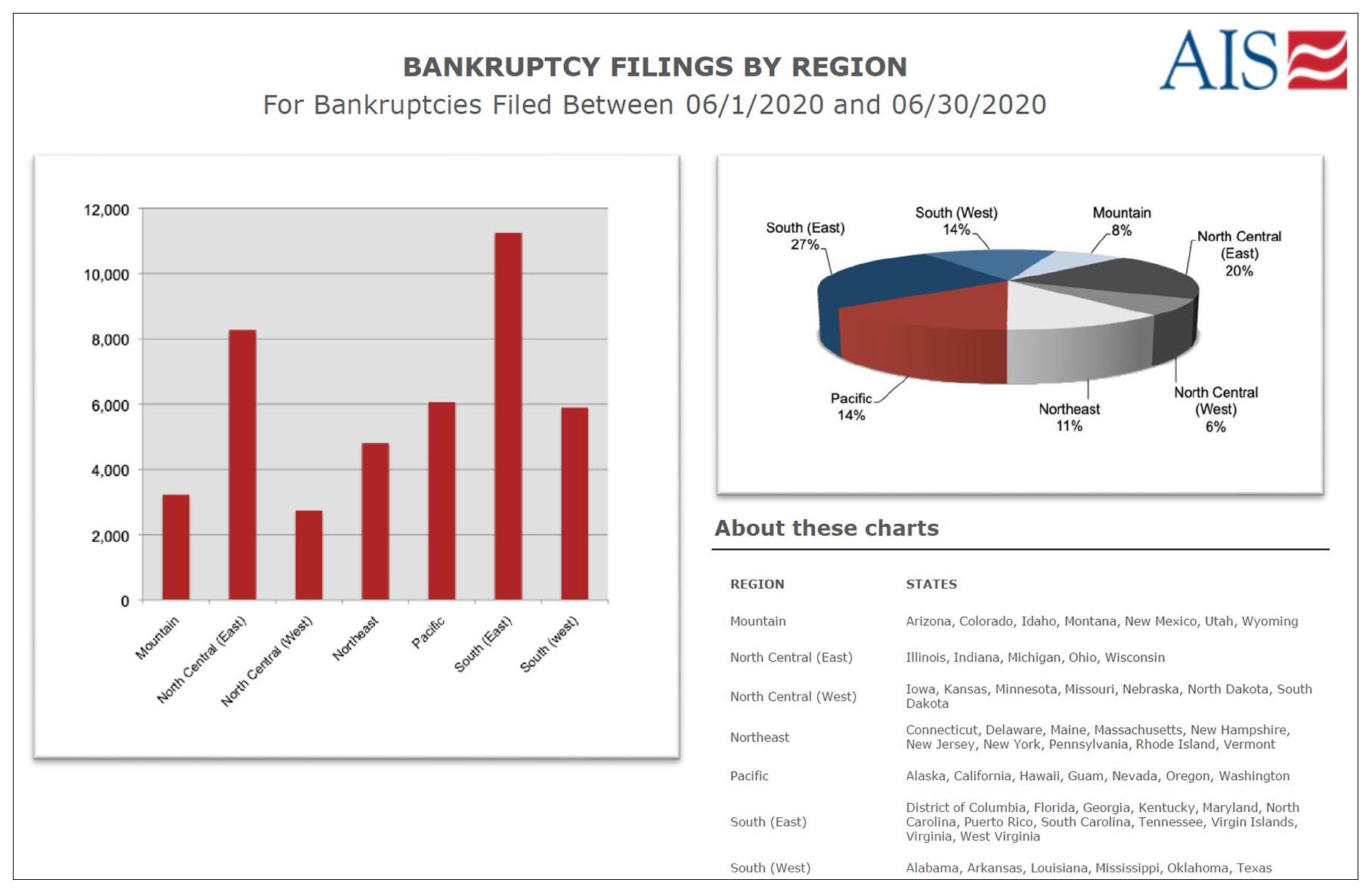 The AIS Insight Report is a proprietary report created by AIS using data derived sole from information obtained by the Federal Bankruptcy Court System and the latest in bankruptcy analytical tools.